The Bartlett Wing was the original gallery space in the museum’s 1953 building, which was designed by the architect John Gaw Meem and was regarded at that time as “the principal art museum building of the fifties so far.” The gallery is named for our founder, Florence Dibell Bartlett, who commissioned Meem, gifted the building to the people of the State of New Mexico, established a foundation to support the museum, and donated her own collection of more than 2,500 artworks from 34 countries. 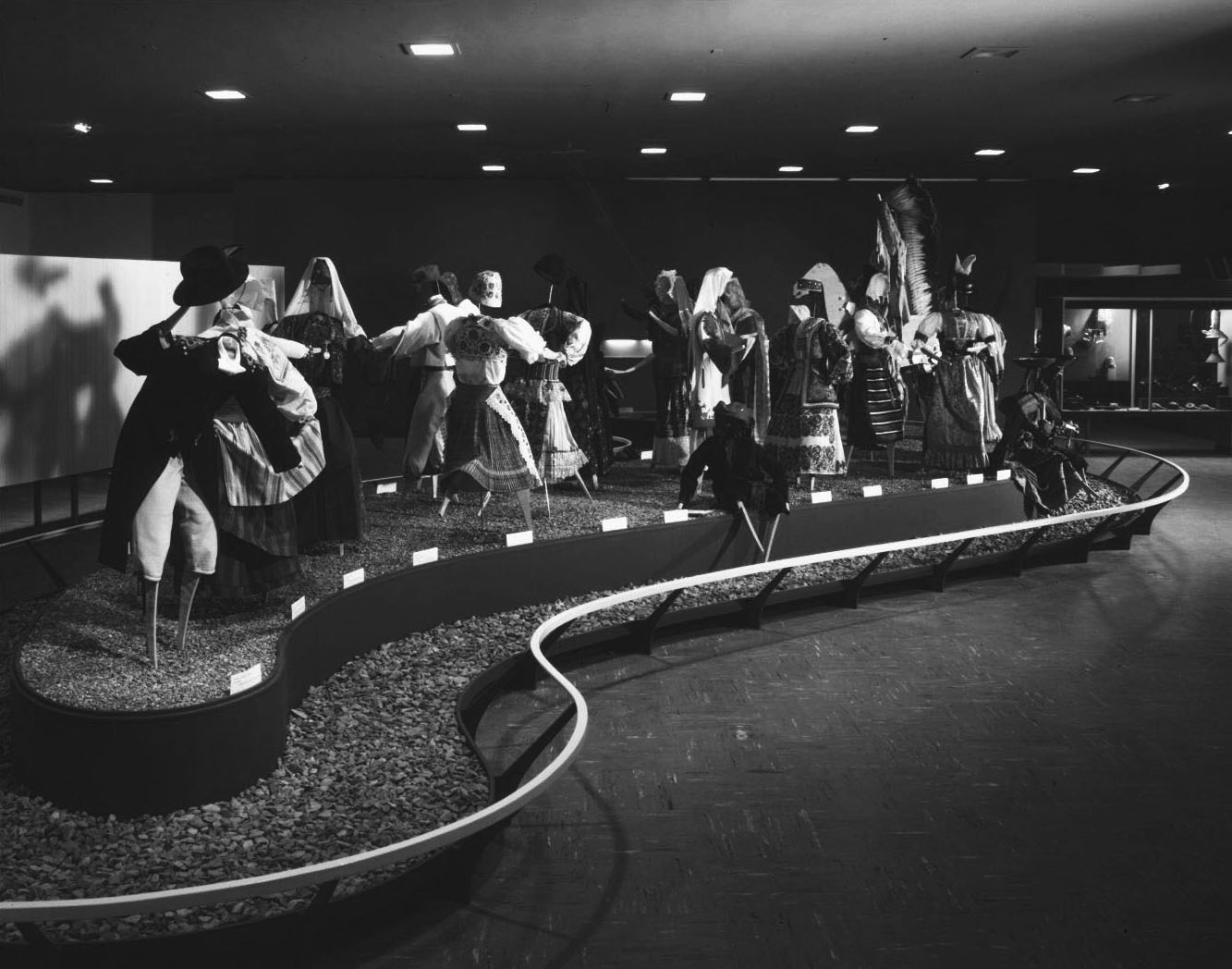 The museum’s inaugural exhibition, Costumes of the World on Parade, curated and designed by the museum’s first director, Robert Bruce Inverarity. This exhibition, as with so many others that have followed, drew from the museum’s collection. Bartlett donated what she called “the nucleus” of this collection, which included dress, textiles, jewelry, ceramics and numerous other objects acquired during her travels around the world. To mark the occasion of the museum opening, the museum received other collections donations from Bartlett’s friends and peers, including the Art Institute of Chicago, the Peabody Museum, the Heard Foundation (established by her sister), and numerous New Mexico residents.